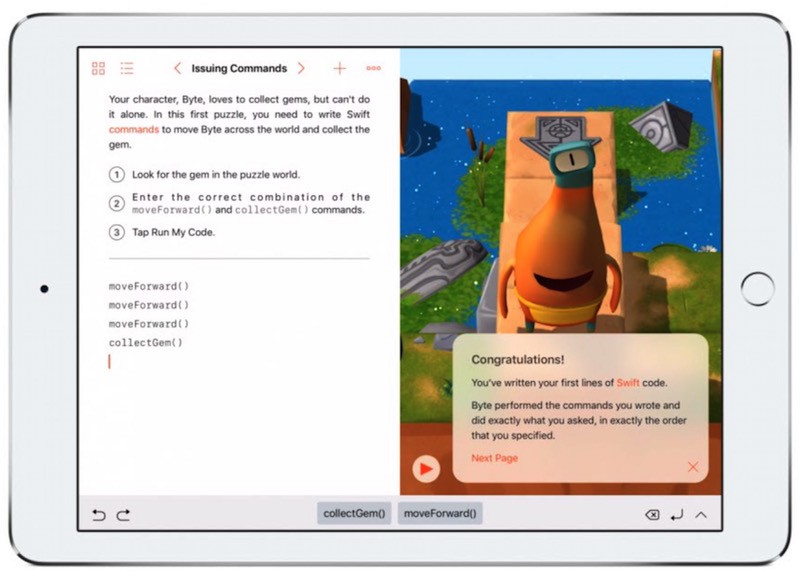 Named by Swift Playgrounds, Apple first launched it in WWDC 2016 which is the free application for iPad, aimed at helping users to learn how to write code using Apple’s programming language, Swift through game.

The new Swift Playgrounds 2.0 includes several new features to help you discover even more content, subscribe to playgrounds from your favorite third-party creators and more.

After subscribing to a desired playground, you can browse and download its content directly within the app. You’ll be notified when your favorite creators publish new content and shall automatically see any new or updated playgrounds in your subscriptions.